Some old news to catch up on. On Friday 28th June Richard Avenue Primary School had a World Cup Sports Sponsored Event. It was initially suggested by the school council. The event was to raise funds for sponsoring seven children’s education in Africa. Each year group throughout the school has an individual child that they sponsor. Also our ‘Home Charity’ is Age UK. We have supported their cause to help older people in Sunderland.

All children were encouraged to think of others by trying to raise sponsorship. All year groups took part from Nursery to Year 6. There were lots of sports events such as Wii fit, football, skills and even a teacher football match! The day was enjoyed by all, including the parents who came to support their children. 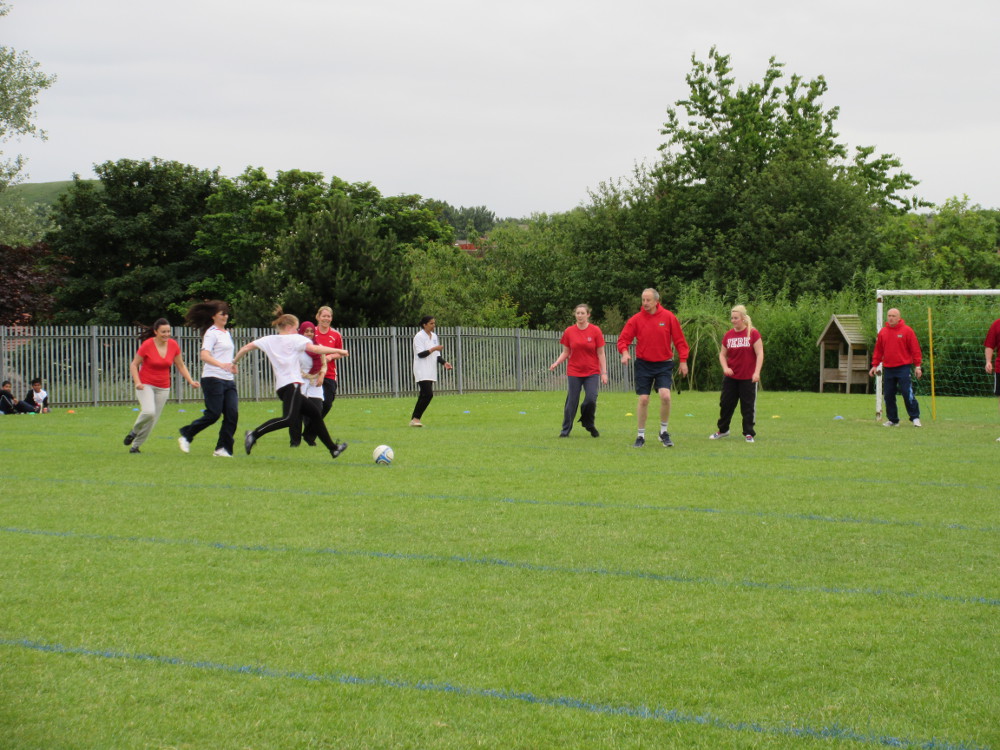 The staff battle it out on the school pitch.

Thank you to everybody involved for all of your support.