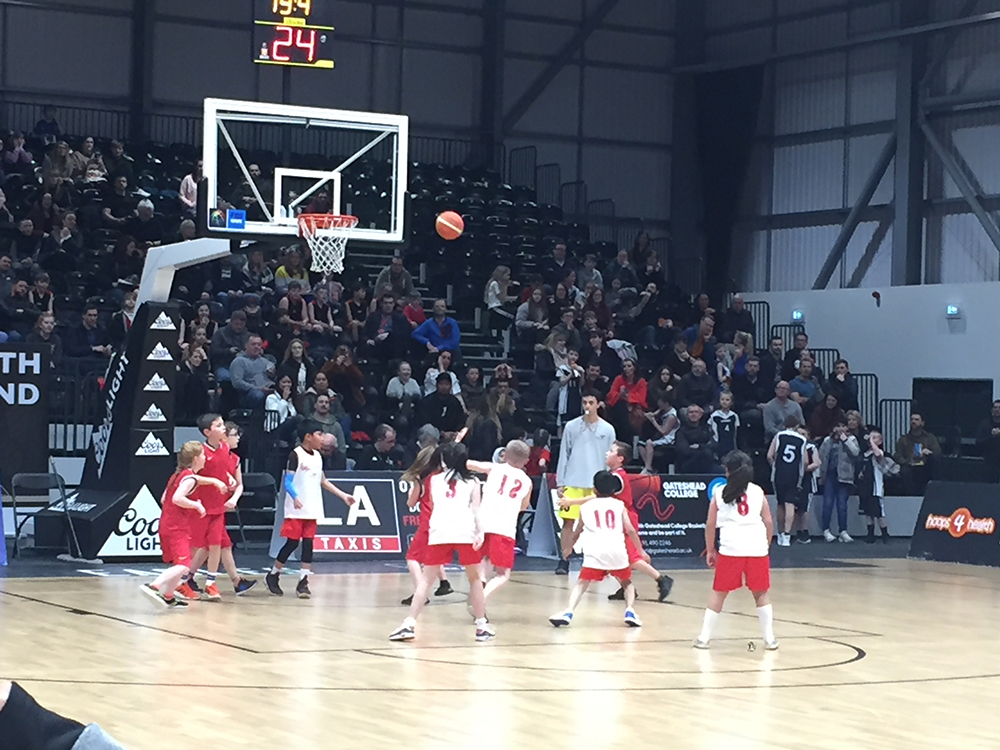 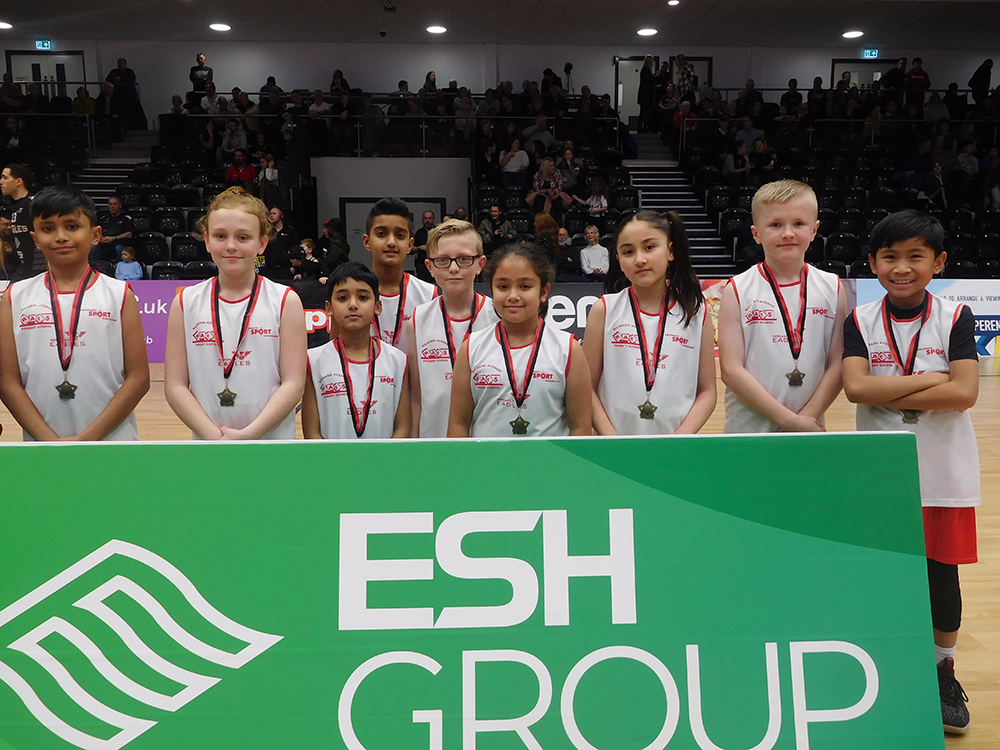 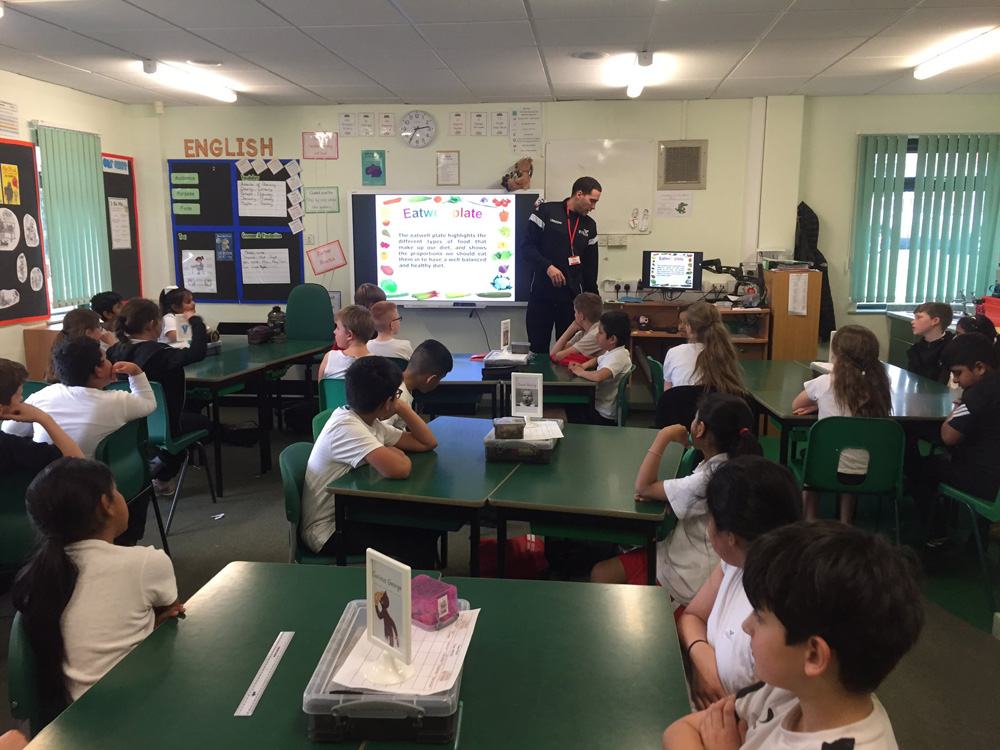 The whole of year 5 enjoyed an afternoon with some of the players from the Newcastle Eagles basketball team. During the afternoon, they worked on how to stay healthy in terms of diet and mental health. To finish the afternoon the players showed off some of their skills and then ran drills with the children. Finally, the children finished off with a game against each other. 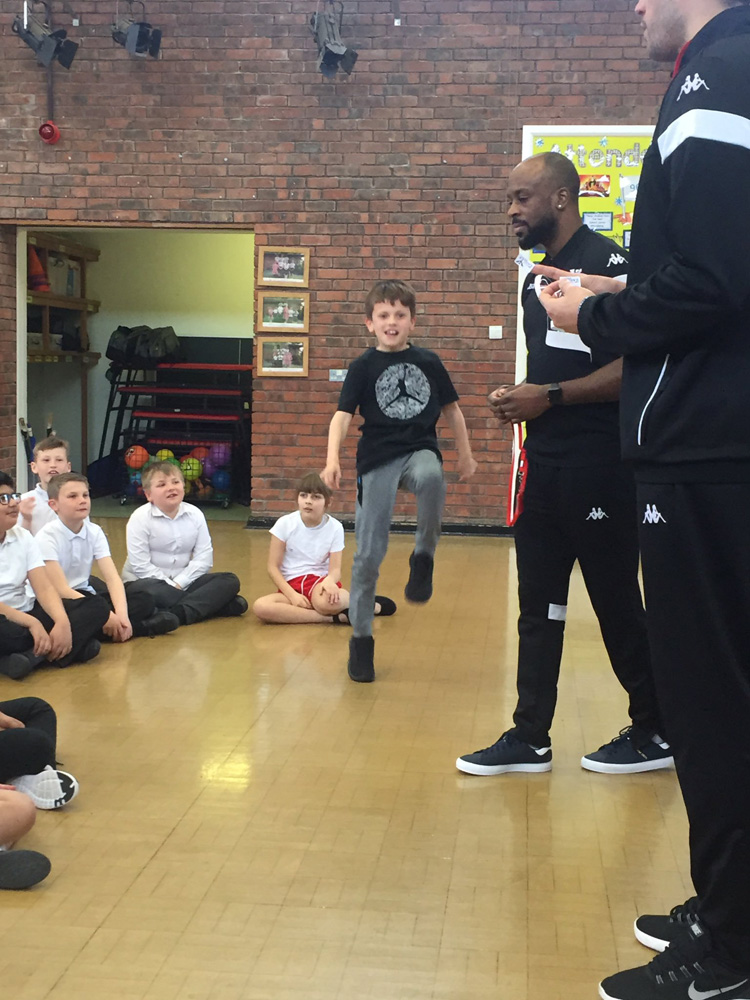