Two new year 6 pupils have been elected to be the Head Boy and Head Girl of RAPS. After the role was introduced to Year 6 they self-nominated and recommended pupils who would make suitable Head Boys and Head Girls. Each child wrote and read a speech to Year 6 and explained why they wanted to be Head Boy or Head Girl. The first round of nominations was held in Year 6 and this helped narrow it down to 3 potential Head Boys and 3 Potential Head Girls.

The finalists wrote and performed a final speech. A Second round of nominations was held by Year 6 and Staff took part. This helped select our final winners. 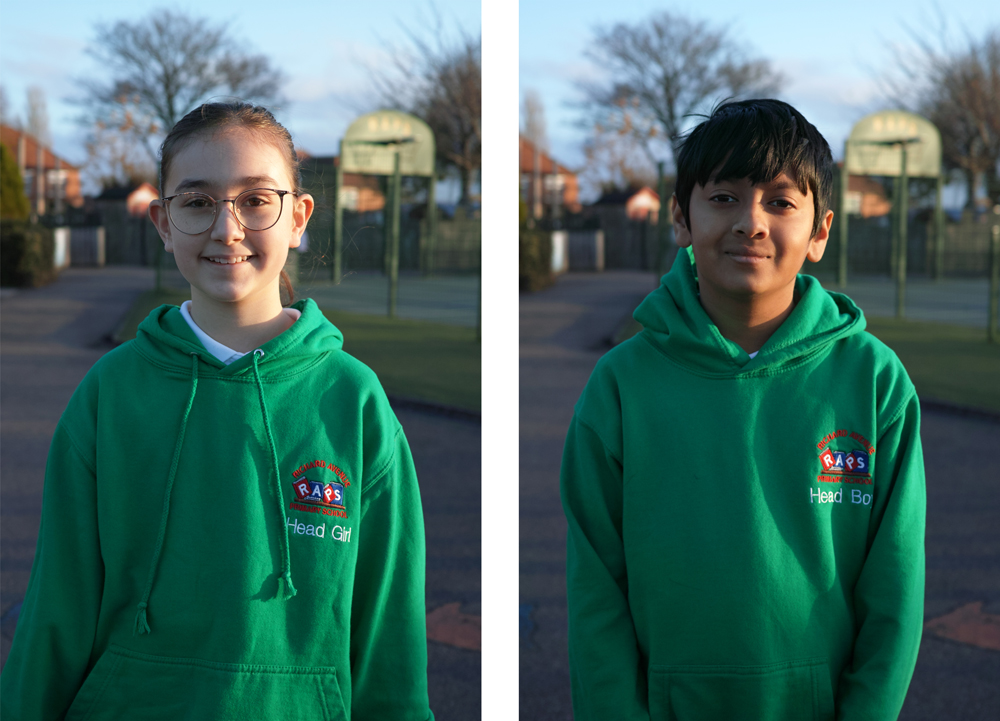 All children who took part in the selection process should be incredibly proud of themselves as it was not an easy decision for anyone to make.

In October KS2 School Council members attended the Children’s Anti-Bullying Conference. The theme was ‘All Different, All Equal’. They learned about the positive and negative consequences of uploading videos to YouTube, how vulnerable adults can be victims of bullying and the role of Young Carers.

At Richard Avenue Primary School we have a playground squad. This is a team of Y6 pupils who help children at playtime or lunchtime.

Our Playground Squad wear caps and badges so they are easily seen by other pupils. They apply for the job, are interviewed at the end of Y5 and then are trained for the playground. The Playground Squad are trained to play with children, help people who are lonely or upset and how to get help from an adult. We have a friendship stop where the Playground Squad help pupils. We also have playtime rules displayed on the infant and junior yard.

Our prefects at RAPS are very important.

At the end of Year 5 pupils who want to be a prefect have to write and present their prefect manifesto to the other pupils in our school. The rest of the pupils score the Year 5 pupils. The prefects are then selected by their scores from the manifesto and by staff who know their strengths. When they are in Year 6 and have special jobs throughout the school to help other children and teachers. They help to make the school be organised. Being a prefect is good experience for pupils because it helps them to be more responsible.